Going into February one year ago, the economy was humming along. A month and half later, it came to a screeching halt. Over those initial months, surveys conducted by i-SIGMA showed two things. The surveys showed that business did not drop to zero for most i-SIGMA members. In fact, looking back at the surveys, most members reported business was down from 20 to 30 percent three months out. To be sure, some service providers were hit much harder but, by and large, most said they would survive. On the other hand, any initial hopes the shutdown would be short-lived were soon dashed. It became clear, both from the news and from members’ survey responses, the shutdown (and the trends it accelerated), were going to be with us a long time.

And, so, as the vaccine begins to roll out, we asked members to compare where they are now, to where they were before it hit.

What percentage of clients have permanently closed or will otherwise not be using your services in the future?

Obviously, the graph below is troubling, but significantly more or less so depending upon which column a service provider finds themselves. Overall, more than 70% of respondents reported a relatively low rate of permanent client closures. On the other hand, nearly 20% said permanent client closures were up to one-fifth of the pre-COVID clientele, almost 10% of respondents reported half or more of the pre-COVID clients were now permanently closed. 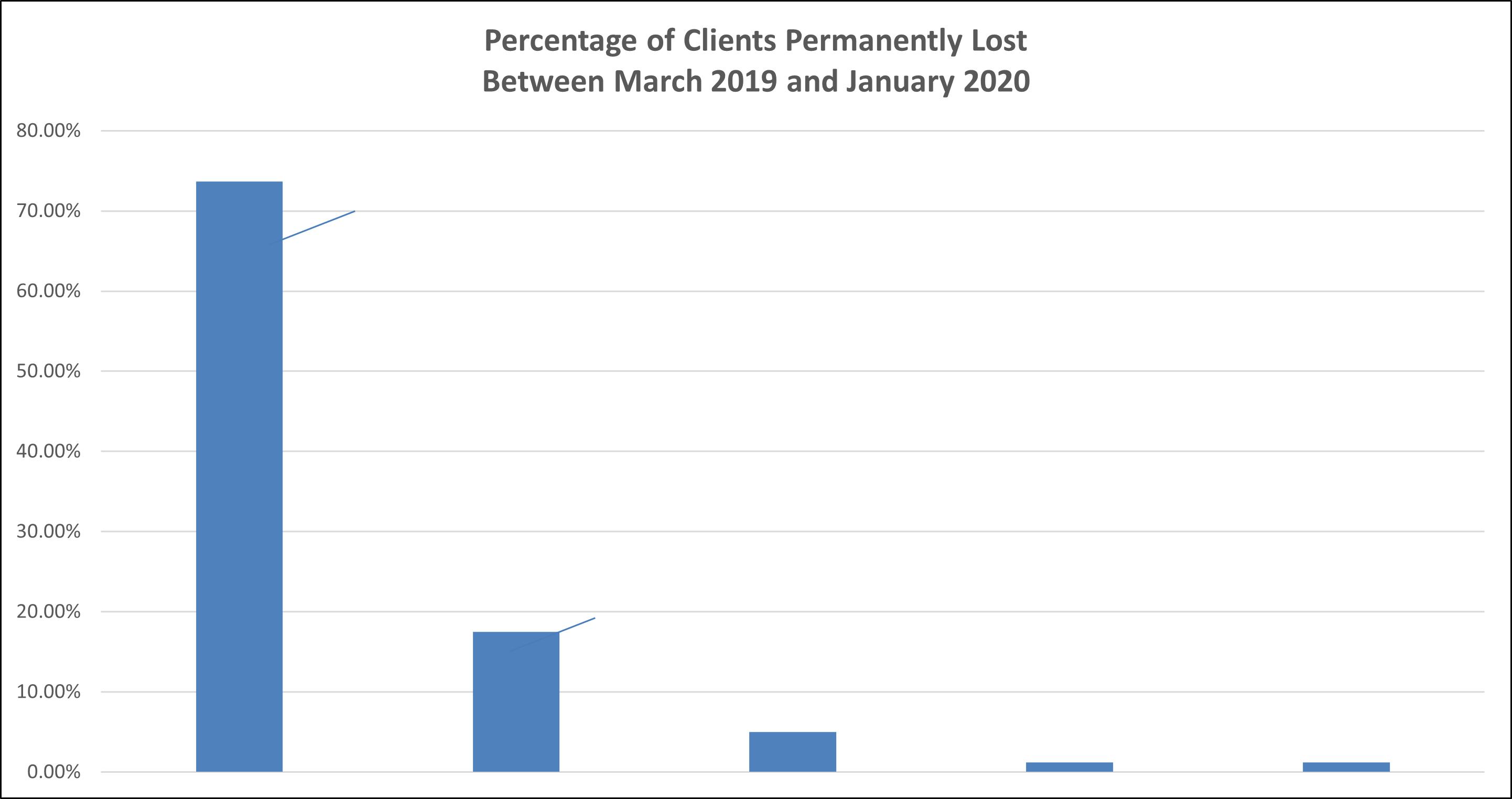 Which best reflects your revenue today compared to this time last year? 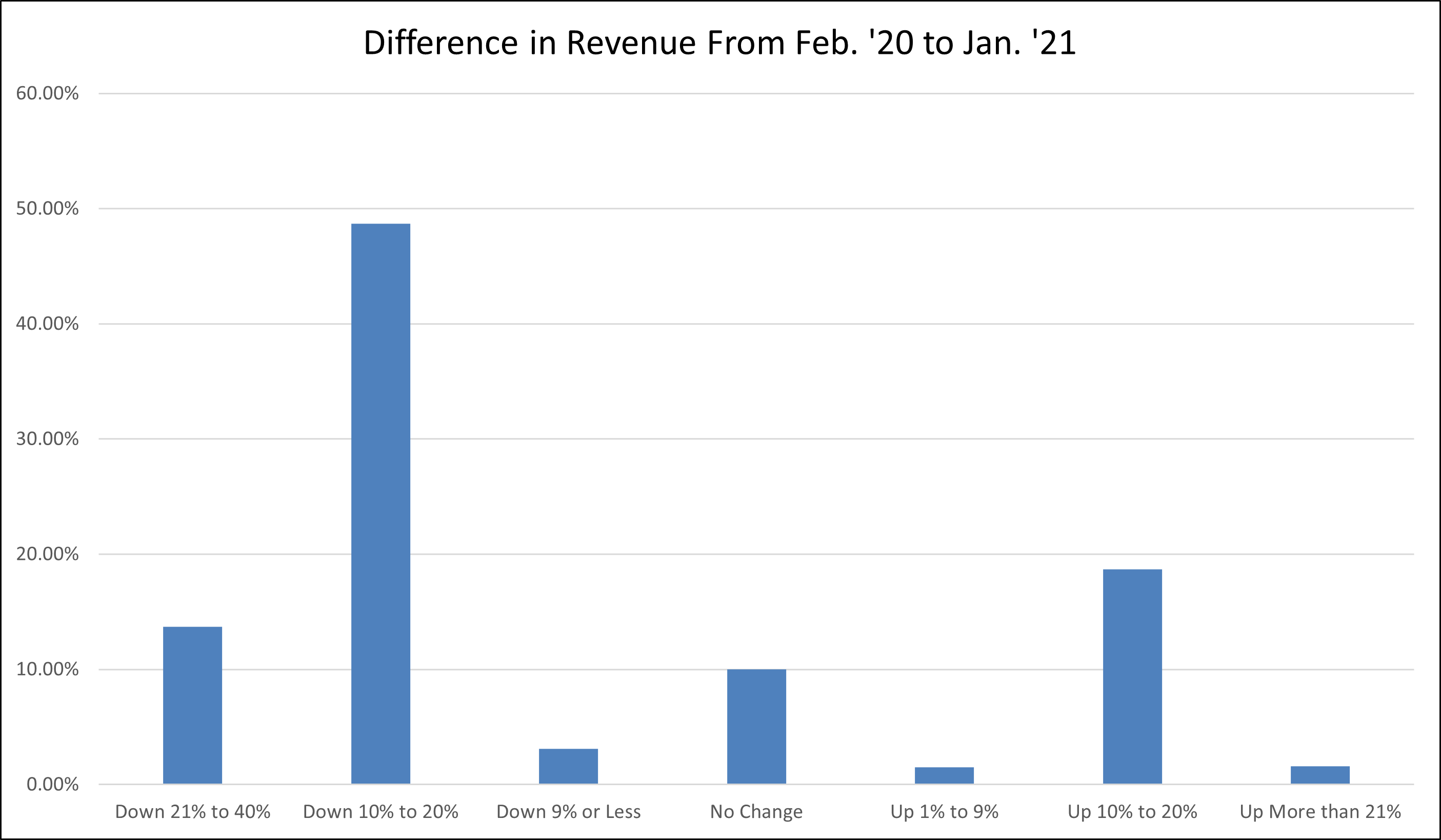 Describe the impact of the shutdown on your staffing?

Again surprisingly, six of ten respondents reported they laid off no employees during the shutdown. Equally, encouraging, one in twenty reported they actually added employees. The next three categories are mixed, with reporting a variety of responses show layoffs were necessary at some point. 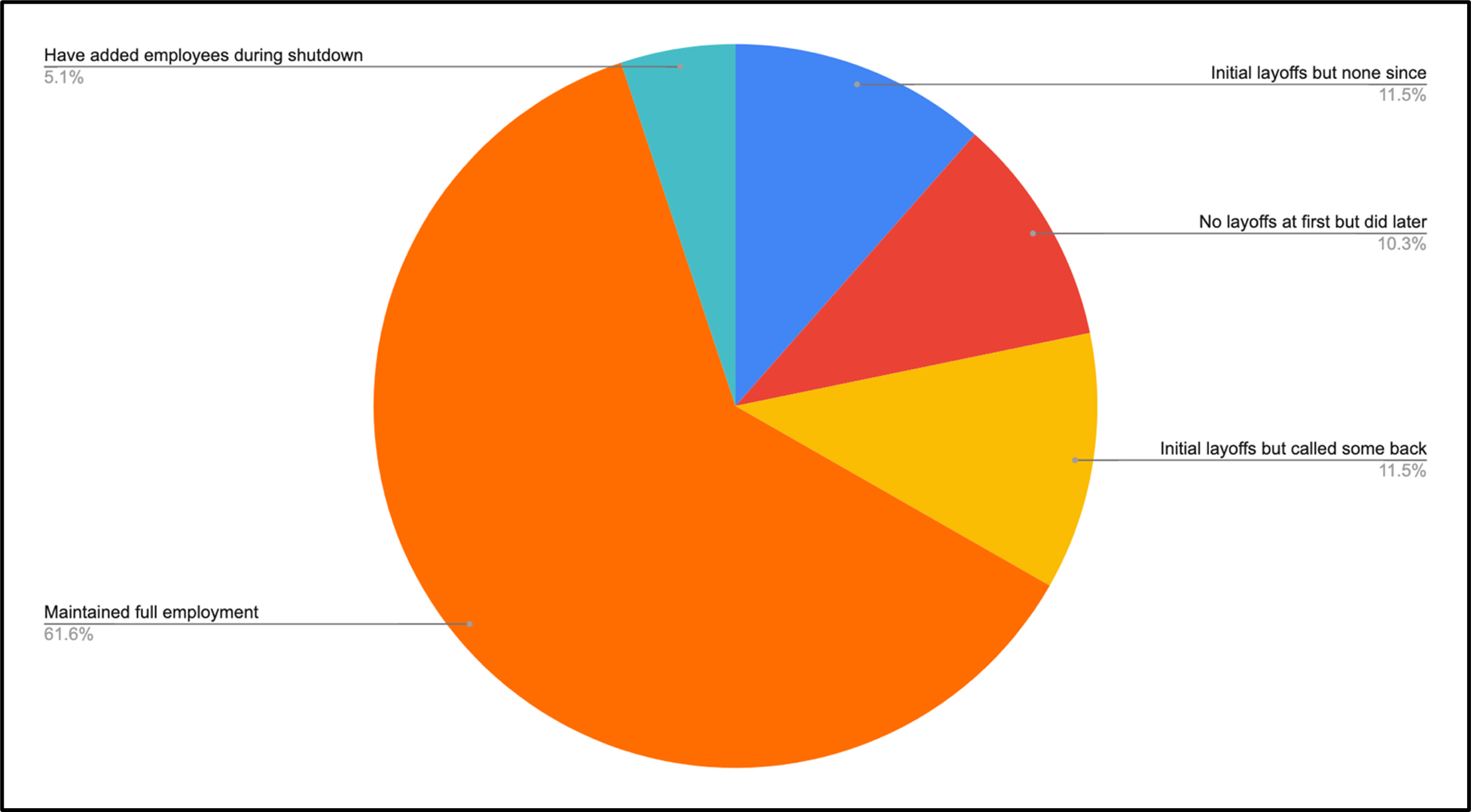 What is your outlook about conditions over the next 3 months?

When asked about their outlook for the future, as shown in Chart 4, respondents who thought the situation would improve (44.3%) was only slightly better than those thinking the things would stay the same (41.8%). The good news is, a significantly smaller number of respondents believe things will worsen (13.9%). 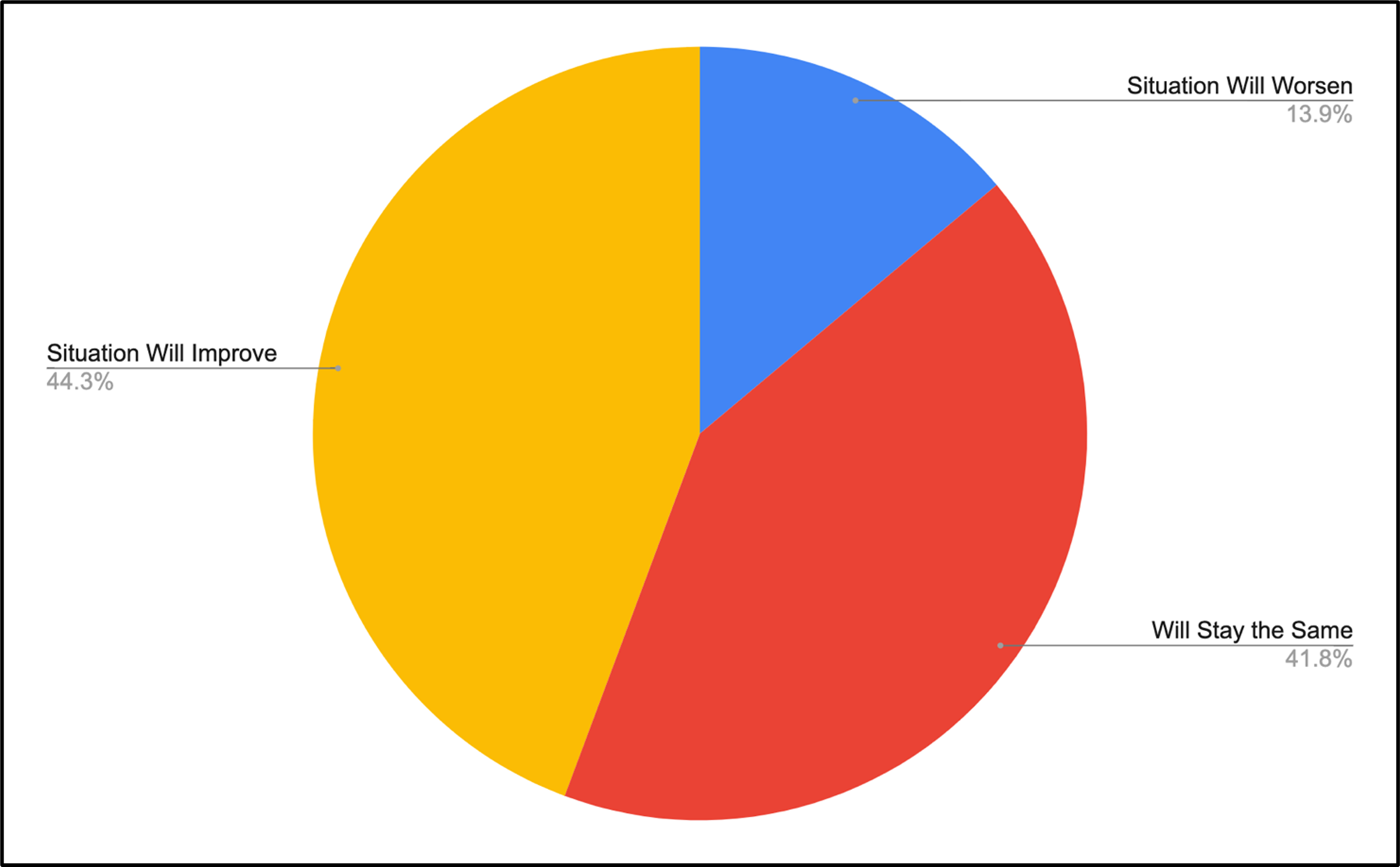