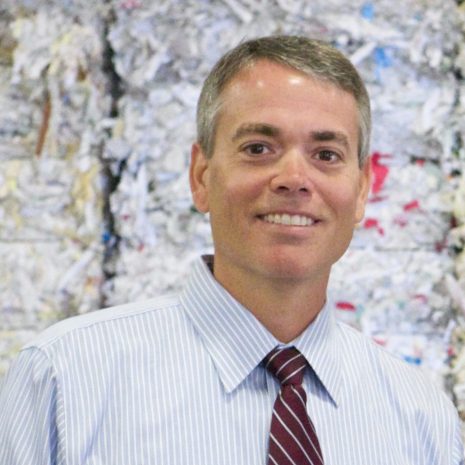 John Daly has spent the majority of his career in Columbus, Ohio after moving here to work following his graduation from Miami University in accounting. While earning his CPA accreditation, John began his career in the banking industry and as a corporate controller before helping found Royal Document Destruction in 1995, for which he is President. Royal Document Destruction is one of the largest independent certified paper shredding companies in the Midwest, with full-service operations in Columbus and Cincinnati, Ohio.

Through the National Association for Information Destruction (NAID), the governing body of the entire shredding industry, John has earned the industry’s Certified Secure Destruction Specialist (CSDS) credentials. This makes John one of just a select group of individuals in the country to have taken and passed the highly specialized, rigorous CSDS exam, which is obtained through NAID. This accreditation qualifies him as a recognized industry expert, and his knowledge and expertise are of tremendous value to Royal Document Destruction’s customers located throughout Ohio. John has been appointed to several leadership roles in NAID, and he is currently serving on the National Complaint Resolution Council and on NAID’s Certification Review Board. In 2019 John was appointed to the state of Ohio’s Materials Management Advisory Council by Governor Mike DeWine, for which he still serves. John is also actively involved as a member of the Conway Family Business Center. His roles for the Chamber of Commerce have included serving on both the Government Affairs Steering Committee and on the Small Business Council. John will begin his role as Chair of the Small Business Council in January, 2022.

Royal Document Destruction is a long-time member of the Better Business Bureau, Columbus Chamber of Commerce, and the National Federation of Independent Businesses. The company has been recognized on Business First’s “Fast 50” List six times, as well as nationally recognized by Inc. Magazine as one of the fastest growing private companies in the country three times. He and his wife and business partner, Laura, are the parents to three wonderful, young adult sons. They are long-time New Albany residents, where John previously served as the Treasurer for The New Albany Little League Board for a decade, and on the New Albany Community Finance Advisory Committee for the local schools. In his spare time, John enjoys golfing, is a member of New Albany Country Club, and is an avid fan of the Columbus Blue Jackets and the Indianapolis Colts.