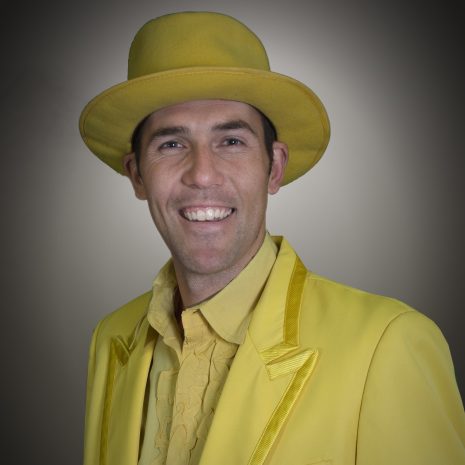 Jesse Cole is the founder of Fans First Entertainment and the owner of the Savannah Bananas.

With one mission to Make Baseball Fun, the Bananas have quickly become known as the Greatest Show in Sports.

The team has sold out every game since their first season and have a waitlist for tickets of over 100,000. The Bananas have more than 5 million social media followers and been featured on Today Show, CBS Sunday Morning, HBO Real Sports, Access Hollywood and in Bananaland, a five-part documentary original series on ESPN+

Jesse is the proud inventor of Banana Ball, the fastest and most entertaining game of baseball that features a two-hour time limit, no walks, no bunting, no stepping out of the box, no mound visits and fans can catch a foul ball for an out.

He is the not-so-proud promoter of the Grandma Beauty Pageant, the Human Horse Race, the Living Pinata and Flatulence Fun Night.

A best-selling author of Fans First and Find Your Yellow Tux, international speaker, Jesse continues to create fans all over the world.

He’s a raving fan of his wife, Emily, his kids, and peerless promoters like Walt Disney and PT Barnum.

Come see Jesse at this year’s i-SIGMA Conference and discover how to run your business more effectively by creating fans first.