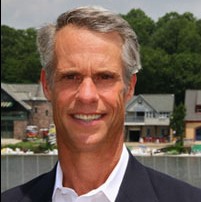 A 28-year industry veteran, Miller is widely recognized for his leadership, innovation and contribution to the Document and Information Management industry. He has held a number of senior leadership roles both domestically and globally. As President and COO of Iron Mountain, he successfully led the organization through the largest merger in the industry’s history.

Industry business owners can benefit from Miller’s corporate M&A deal experience, industry management knowledge, and extensive network of professional connections when considering the sale of their own business. His unequalled track record and experience in the industry makes him an invaluable asset for our clients.

He led the company during the most active period of growth and industry consolidation. During this time of massive change, the company continued to expand rapidly as a result of numerous subsequent acquisitions and targeted sales efforts, while at the same time undertaking a comprehensive customer, employee and systems integration, as well as developing and expanding new products lines such as imaging applications and secure destruction.

As Executive Vice President, Miller led the Southern Region through a four year period of intensive growth, as the business under his control doubled in size each year.

In his role as President Iron Mountain Asia/Pacific, he was responsible for the start-up and development of the company’s business in this region.

This included the establishment of several regional joint ventures and completion of a series of acquisitions to give the company its service footprint. Miller established the Asia/Pacific headquarters in Melbourne Australia and developed a regional management team. During the first 2 years of this assignment, he also ran Iron Mountain’s mergers and acquisition team on a global basis.

Miller attended the University of South Carolina and holds a Bachelor of Science Degree in Business Administration. More recently, he has completed the INSEAD Asia International Executive Program.